Scared of my Vacation

Well some of you might remember this picture from when I was cleaning the garage: 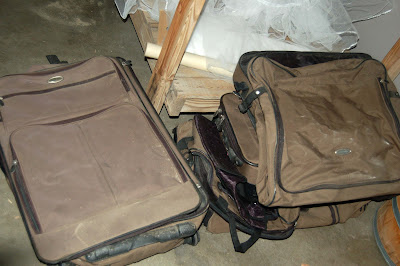 With the statement 'We've never been on a vacation that would require us to use this luggage.' Well my Sister-in-Law had a garage sale and I took it all over there and sold it.

And a week later my brother suggested that we all go to Hawaii for a week. Irony got a love it! Our family vacations have never been more that 3 days 2 nights camping somewhere, Ensenada, Rosarito, San Felipe, Hemet Lake, stuff like that.

First of all because I'm claustrophobic and I avoid Airports, Airplanes, crowded events like the plague. I have traveled by plane about once a year for the past couple of years, only because I had to because there was a Tradeshow that none of the other 'Cochenille' girls or owner could do, so I had to.

So the longest I've been on a plane is 3 hours, by the end of those 3 hours I was having a panic attack. I'm practicing control over those panic attacks I've been exposing my self to new situations that I know will cause them only to prepare for this little trip (that is reverse psychology) I know this is a big (bad word removed) trip.

Most people would be happy to go to Hawaii for 7 days, not have to pay for airfare and hotel (those were paid because there will be several days of Mom duty). My little sister and her family are coming also she'll take the other days of Mom duty.

To be honest I'm really scared!

This is to the robbers -- FYI we are leaving a house sitter behind and the Dog he's not vary stable so I wouldn't tempt him (it took me almost a month to find someone to say yes to take care of him): 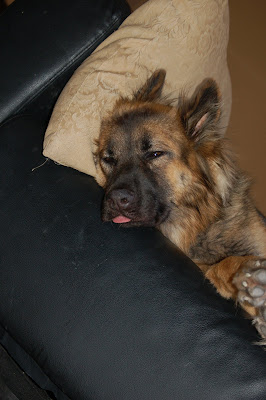 But the one you need to be really scared of is the cat: 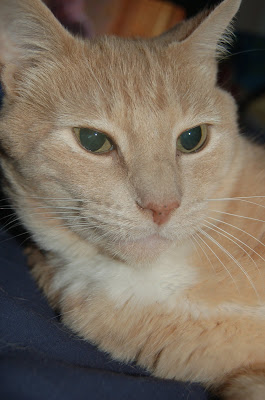 Because if the Dog is scared of the Cat - you should be to.
Posted by Unknown at Saturday, June 26, 2010

Email ThisBlogThis!Share to TwitterShare to FacebookShare to Pinterest
Labels: Vacation

Stable or not, that dog is DARN cute!

Thank you Liz. He is a good looking dog I think that's why we let the other stuff slide.

A HOME BODY - when I was writing the post I couldn't come up with a good term to describe myself. That is truly what I am!