Showing Action in your Photographs

They say the best way to really learn something is to teach it. I had been having trouble with the concepts of the Shutter Speed setting and the Aperture Settings. I believe I have finally figured it out.

The facts on which the decisions are made a normal exposure on a sunny day with the film of ISO rating of 100 is f/16 (this is the aperture) and 1/125 (this is the shutter speed). I guess I should have done a previous post to explain this part. This theory was a 'rule' established by the teacher, that didn't make sense to me until I learned what I am about to explain.
To Stop Action in a Photograph you need a faster shutter speed. If  on that sunny day the shutter speeds 'Normal' is 1/125 you would have to increase the shutter speed by 2 or 3 stops, to 1/500 or 1/1000. This increase in shutter speed lessens the amount of time that light is being let in. If you don't adjust the aperture from the normal of f/16 you won't have enough light. You have to adjust the aperture to let in more light in the same amount of stops that you chose to increase your shutter speed. Here is what took me almost 5 weeks to understand. The lower the f-stop number of the aperture, the wider the lens opening. So for the 1/500 the f-stop would come down by two to f/8. For the 1/1000 the f-stop would be f/5.6. Here is my picture to show a Stop Action. My camera settings were 1/1000 and f/5.6 on a sunny day. That little doggie was running really fast. 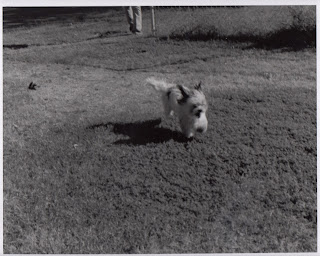 To Show Action in a Photograph: In order to be able to capture the blurriness in a photograph to denote the action in the shot you have to slow down the shutter speed by 2 or 3 stops from the 'normal' 1/125 at that point you are getting more light to 1/30 or 1/15. If you don't decrease the Aperture you will have to much light. Again something that took me 5 weeks to understand, f/16 is the smallest aperture setting so how can I decrease the light? Dah, you wait until it's darker in the day? Either as the sun is coming up 2 hours before sunrise or 2 hours before sunset. Here is my picture for this assignment, it was 5:45 AM 1/30 f/8. The doggies didn't feel like running at 5:45 AM. 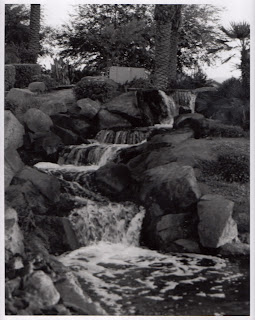 For Extra Credit we could do a Panning shot: Which is when you follow the action while the shutter is open and recording the image so that the subject remains in focus and the objects not moving become blurred. I'm going to be totally honest here, I have no idea how I captured it. I will tell you that this is the only one of 24 shots that worked: 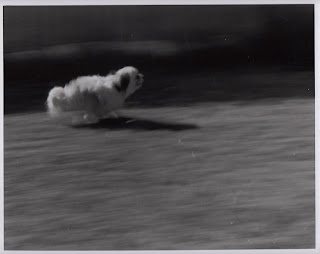 Now that I'm understanding Black and White Photography I think I might begin to like it, never as much as my Digital I don't think, but I have learned lots of key concepts that will enhance my digital shots. I still haven't dared to go Manual on my digital camera I would need to pull out the camera manual and read it to figure out how to set it to the setting I need.
Posted by Unknown at Friday, October 28, 2011 4 comments:

My daughter has been asking for a Robe since the last two movie premiers. I finally made her one, and I actually did it a whole week before she had to wear it! 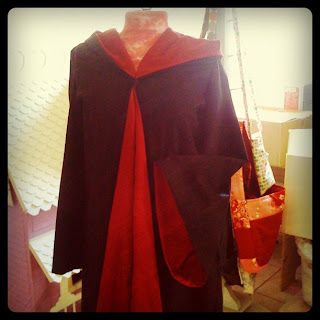 Also if you still haven't sewn up some Trick or Treat baskets don't forget to visit the Guest post Tutorial I did last year at Rook No. 17 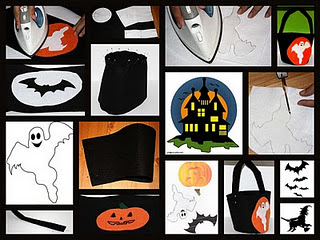 I hadn't mentioned this little dog, because we rescued him and didn't think we were going to keep him. Needless to say after 10 days of injecting a medicine filled IV morning and night, my husband bonded with him and he's not leaving. My daughter named him Santana, my only problem is putting haircuts on the budget. No one in this house has ever had hair cuts on a regular basis. I don't think this poor thing can wait till the first.... 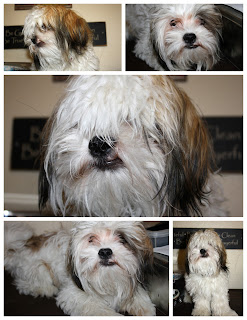 I really like it when the universe lines up and I have an easy task at something. I've had it on my To Do list to 'List Bags on Etsy' for a long time now. I tried to take some pictures inside the house a while back and they were just nasty. So I had to find a spare hour in the late morning so I could drag my dress form outside. This morning it finally happened! And look my dress form has a new dress, I like it better than the white one but not as much as the cream and red floral one! 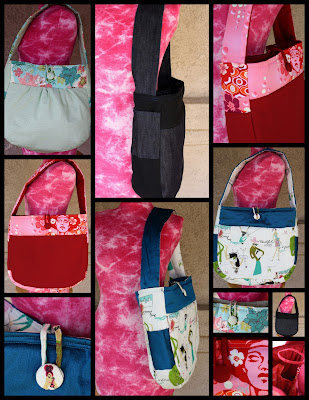 Every where I've ever lived I had a Road that I drive down with the music blarring when I want to releave some stress. Here in the Desert it's El Paseo if you don't know it think Rodeo Drive. I love driving, screaming oh I mean singing to country music, and absorbing all the color, images, people, art....

Today I decided to stop and take a few pictures to share with you. Oh and just incase you wanted to know why I was de-stressing, On Tuesday morning I turned in a 5 pages English paper, on Tuesday Night I turned in 6 Black and White 'perfect' prints. On Wednesday afternoon I turned in a 3 page art paper and took a 6 chapter Art History Exam, Thursday morning I turned in a 1 page paper  for English, and Tonight well I skipped class.....shhh don't tell anyone! Oh and did you know I do have a full time day job;)

Anyways, this is what brings me back to center, I stop and admire all the great work, in the items on display, the Merchandising, the display it's self, puts me in a trance and calms me down as well as inspires me: 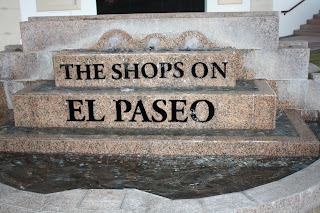 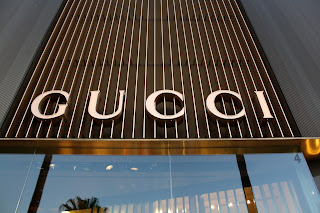 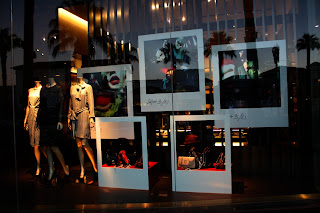 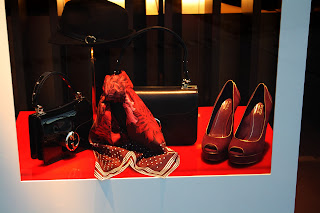 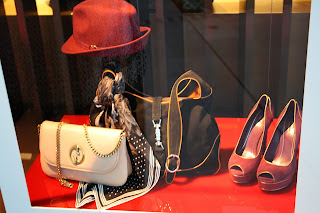 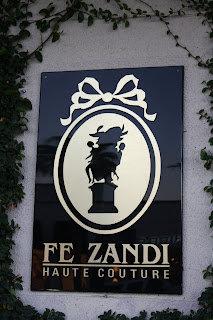 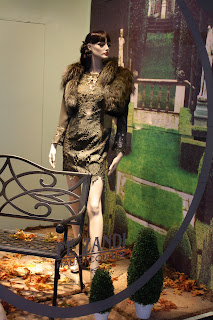 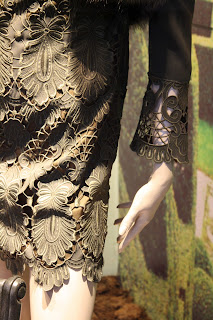 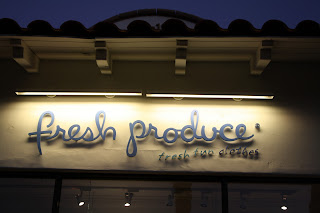 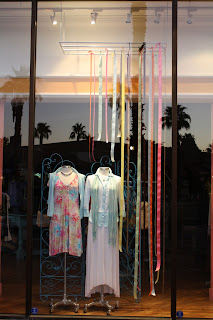 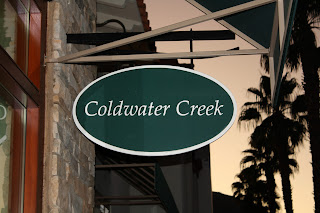 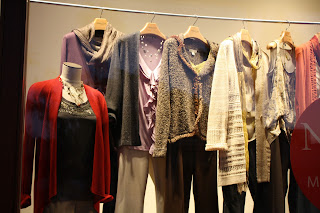 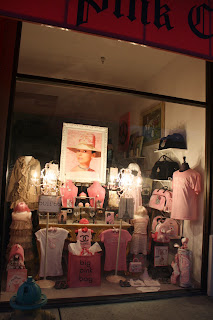 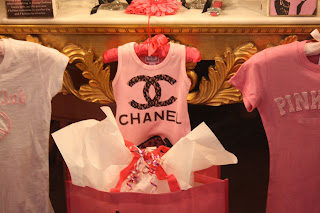 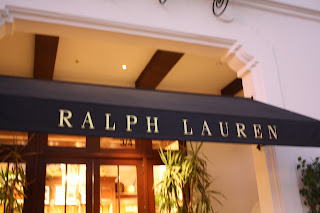 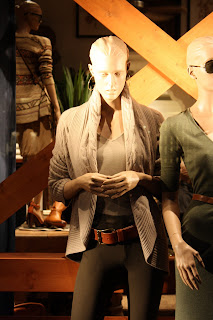 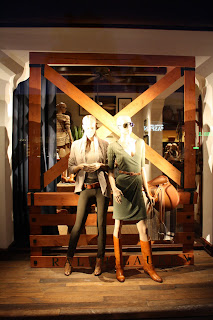 Not so Wordless Wednesday...Cat on Fabric

I'm not sure why I thought it was a good idea to bring all my fabric tubs into my sewing area. I just figured they would be handy, instead of having to keep walking out to the garage. Oh, but I forgot that my home has been turned into a zoo. We now have two cats and two dogs, that have nothing else to do but follow me around.

And this little one seems to like that finer things in life, that is Suede (as in leather) under her right butt cheek! 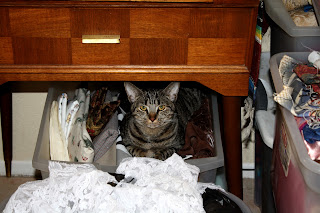 Posted by Unknown at Wednesday, October 12, 2011 No comments:

Columbus Day.. a Holiday no Holiday

Why is Columbus day not a really Holiday? I could have really used a Holiday right about now. It isn't that I wanted to celebrate anything, or that I wanted to acknowledge his accomplishments. Do I even know what they were at this point, He discovered America, but hasn't it been proven that there were other explorers here before him?
To be totally honest, I'm drowning in School work, and I could have really used a whole day to write and English paper, rewrite the last English paper that I only got a 37 out of 50, Write a 3 page Art paper, and study for an Art History Exam coming up on Wednesday night.
Why are there no real Holiday's in the Fall Semester?
Well that was my rant - that's all I had time for. I might have to reconsider this whole blogging thing? At least while I'm in school.
Oh Oh for those of you on WhoopdWhoop, I'm getting ready to list a couple of my husbands trains. 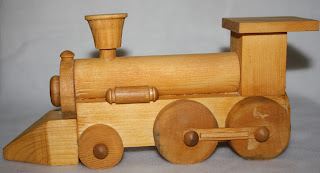 I'm really enjoying my Black and White Photography class. The weather is finally changing around here. I was able to capture this beautiful shot. There usually aren't any clouds in our skies. 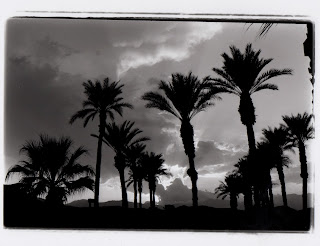 I photographed it, developed it, process/printed it then scanned it, in order to be able to share it with you.