Ok, so where was I before I was so rudely interrupted by life, illnesses, a major move and a week long tradeshow? Oh, Yes. I was trying to organize my crafts, since I do way to many of them and It was either time to do them or sell everything off instead of having it sit in storage boxes under beds.

So the Move was great for this purpose, because now I have 2 living rooms, 4 bedrooms and a two car garage (oh there are two bathrooms but I can't do crafts in those - well I probably could but I wouldn't want to especially after my husband has used them)

Currently the front living room just has a few book case, because this is where I'm going to put all the sewing stuff. I finally have enough floor space to make and set up on a dress form a wedding dress with a full train. I have way to many idea's in my head I'm not sure which one I want to do first!!!

One of the bedrooms is Stephanie's bedroom she still comes home from college when school is not in session.

Another bedroom is the office, two desk's 3 computers, one shipping table to build Cochenille product and the shrinkwrap machine that's all that fit. 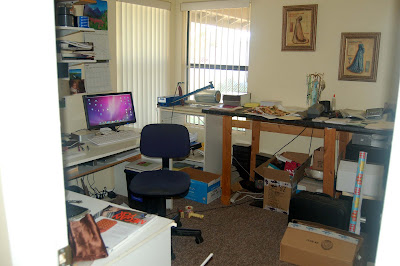 The other room is the one I'm currently working on. I have been looking and looking and trying to figure out how I was going to separate the different crafts 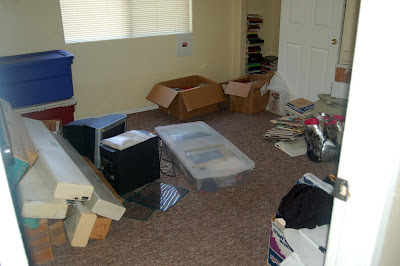 - I finally just asked my husband to build me four simple desk's. 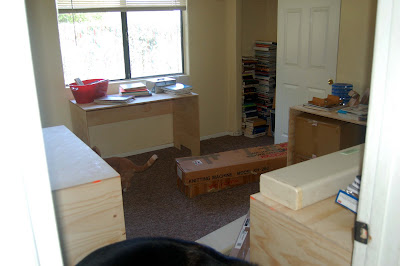 So one is for stamping and scrapbooking stuff, 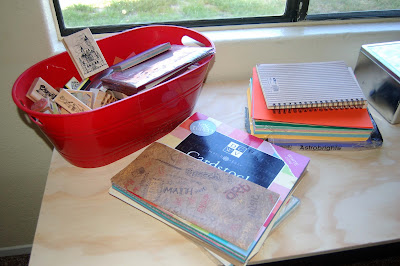 one is for beading stuff, 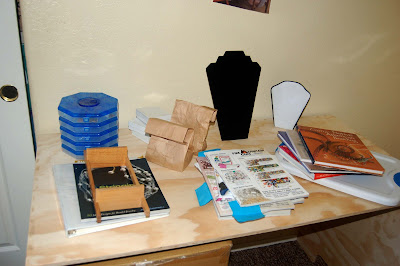 another is for a knitting machine 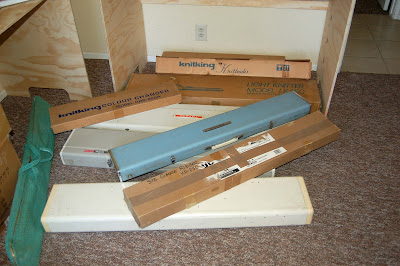 and the forth I had my wood purse supplies with all the stuff I use to decoupage the clip art on them, but know I'm thinking I might put up another knitting machine. Since I have 5 and I haven't used them so I think I want to give each one a chance before I decide which to keep or get rid of. 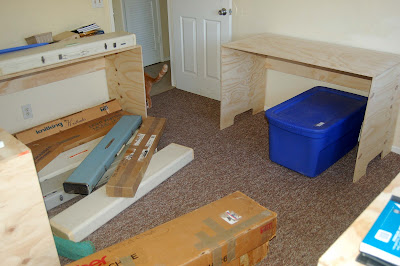 Some progress has been made in the organization of all this stuff - It will be conquered one day - hopefully one day soon!
Posted by Unknown at Sunday, March 28, 2010 No comments:

I've been going to the Sewing Expo in Puyallup WA for 5 or 6 years - I don't remember when my first year was. I love flying in to seattle the views are spectacular. I love the area. Some day I'll go there and not have to spend 10 hours a day in a convention center. Don't get me wrong the Expo is Advertised as the largest in the Nation, so the amount of sewing eye candy is amazing. The amount of talent that walks up and down the isles is amazing. I always come back with sketches all over any kind of paper I can get my hands on. 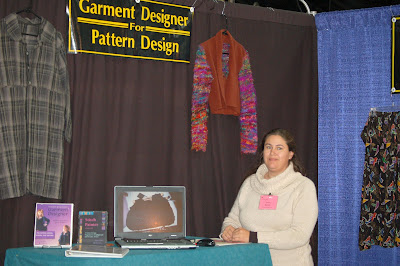 So for over 5 years I've admired Mt Rainer - I would like to climb it someday. It is a 4 or 5 hour drive from seattle and yet when you can see it (which isn't often) it looks like you are right next to it - that is how big it is. I have been trying to get a good picture of that mountain for as long as I've been going.

This year I did it. The last day I was driving to drop the rental car off and then get taken to the airport and I see this: 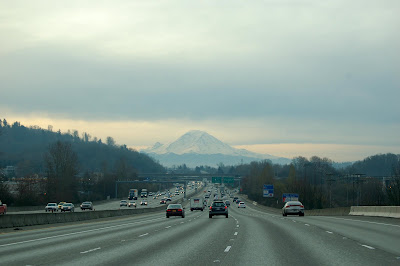 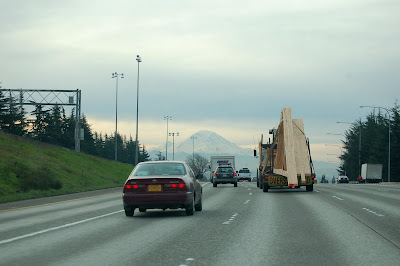 a clear shot of the mountain - rats I'm low on time - I have to make my plane. I can't stop - Well I've got a couple from the road. But I really really want a good one. I couldn't see it from inside the airport there was a control tower in the way. Well at least I got one from the road.

I get on the plane and we start to take off - and I wonder am I on the right side of the plane to be able to see the mountain on our flight out. I don't see it - I don't see it. And then This: 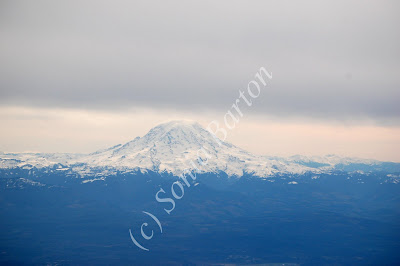 I was in Ahh! I will be back to climb this mountain 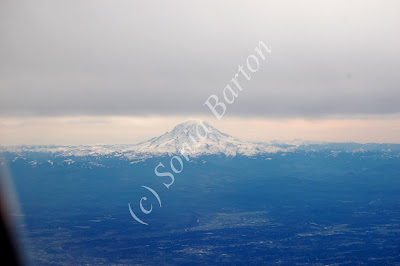 Email ThisBlogThis!Share to TwitterShare to FacebookShare to Pinterest
Labels: TradeShow

The Fair comes once a year - when I was younger I remember waiting for it - you knew when it started when the last day was, how much money you needed to save up in order to ride all the rides.

Then as a teenager we still knew all that stuff but if you were cool you didn't show your excitement as you did when you were a child. You were 'going just to hang out'.

As an adult with children you go to all the stuff the children want to do and share in all there excitement.

As an adult with children that are to cool to go with you - you go alone as adults and you walk the exhibits for the first time in your life you drool over the food - you wouldn't have considered spending your hard earned money on for fear that you wouldn't have enough to ride all the rides.

This year I got to take my little sister's baby boy - keegan! He is a handful. 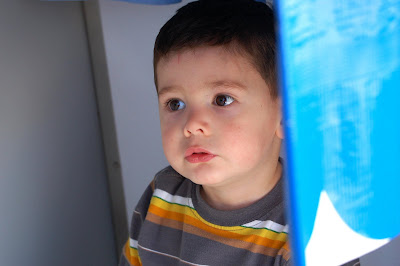 This year was the first year he realized what was going on. He just wanted to sprint from one place to another. and he wanted to eat everything, he didn't care what the signs said, he couldn't read. 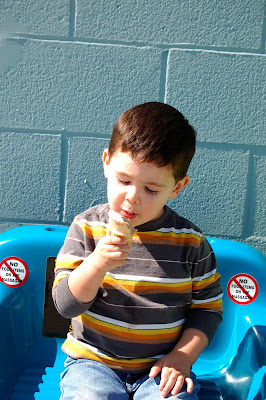 Here he is excited he could climb to the highest heights he's ever climbed. 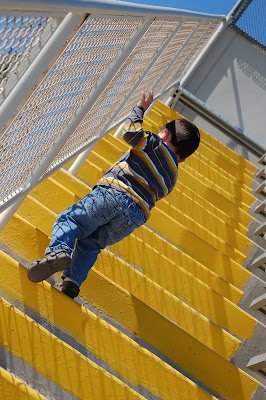 the only problem was that he realized he needed to go potty as soon as he got there. 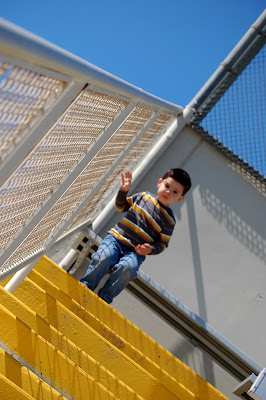 He wanted to feed all the animals. 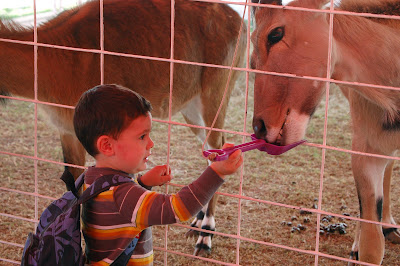 He wanted to ride the rides - and after showing my sister the pictures she tells me that the helicopter ride is a big boy ride. That would explain why they wouldn't let him on by himself - so Randy had to get on with him. 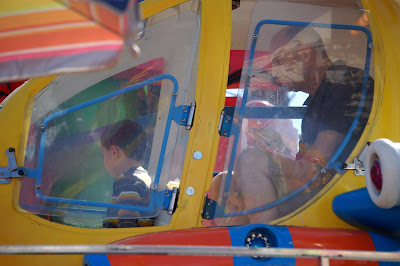 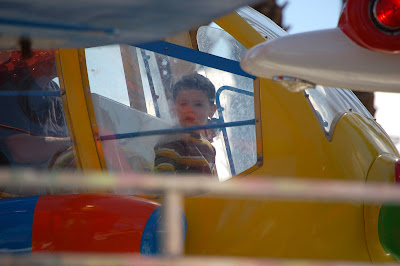 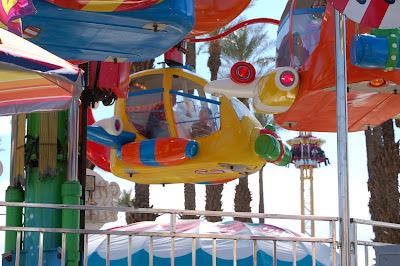 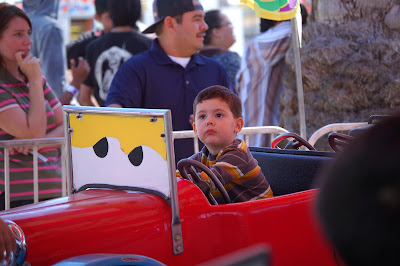 We had a wonderful time.

PS. sorry I haven't sewn, I haven't knit, I haven't created a pattern nor have I designed a dress of any kind. I have Moved, go to a Tradeshow in Puyallup (post about that later) worked my butt off, and finally got into a routine of taking care of Mom and have been able to split that work with my Sister and Sister in law. I will sew, knit and design again, hope you stick around.
Posted by Unknown at Monday, March 08, 2010 2 comments: